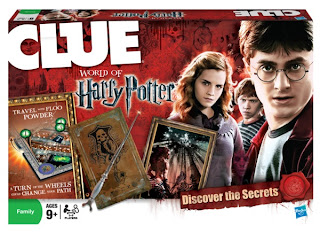 The Butler did it!  Do you like Clue, and all the suspense & fun that went with it?Hasbro has come up with a new version.   Clue - The Harry Potter version.  Discover the Secrets of Hogwart!
It's game night at the Moody housefhold tonight, and look what I found, and is now available and your favorite department store!
Well, heads up people, "A fellow student has mysteriously vanished"!

I totally love the Harry Potter books, and all the movies, and I cannot wait to see the final chapter, which opens up tomorrow.  In the epic finale, the battle between the good and evil forces of the wizarding world escalates into an all-out war. The stakes have never been higher and no one is safe. But it is Harry Potter who may be called upon to make the ultimate sacrifice as he draws closer to the climactic showdown with Lord Voldemort. I have every single chapter on DVD, and now I have Hasbro's newest game, and my favorite fictional character, Harry Potter!

Dark magic has been performed at Hogwarts! A fellow student has vanished from the famous School of Witchcraft and Wizardry—and it is up to you to solve the mysterious disappearance. Play as Harry, Ron, Hermione, Ginny, Luna or Neville and try to discover WHO did it, WHAT spell or item they used, and WHERE the student was attacked. Was it Draco Malfoy with a Sleeping Draught in the Owlery? Move around Hogwarts making suggestions- but watch out! Wheels on the board actually move to reveal secret passages, hidden staircases, and even the Dark Mark! Isn't that totally awesome?  Think you’ve gathered all the facts you need?  NOT!  There's more.  Go to Dumbledore’s office to make your final accusation to win the game! Discover the secrets of Hogwarts in this version of the classic mystery game. 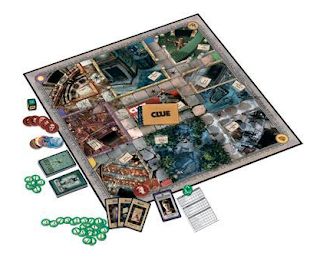 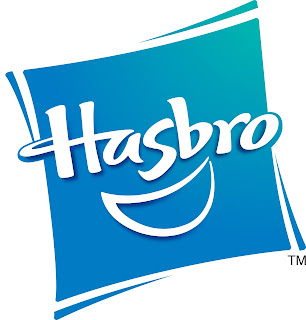 Posted by XmasDolly at 2:17 PM

Well, Mr. Potter I presume. I use to love the game Clue, and my grandson loves Harry Potter I think this would be a great game to buy for when he comes to visit me. I'm off. They are in stores already aren't they?

Oh, very interesting! I know a few people who may be getting a board game for Christmas this year.