Having a bad day!

God grant me the serenity to accept the things I cannot change; courage to change the things I can; and wisdom to know the difference. Living one day at a time; enjoying one moment at a time; accepting hardships as the pathway to peace; taking, as He did, this sinful world as it is, not as I would have it; trusting that He will make all things right if I surrender to His Will; that I may be reasonably happy in this life and supremely happy with Him forever in the next. Amen. - Reinhold Niebuhr (1892-1971)

I borrowed this one from a friend that had it on his blog.  Thanks Mike.  It sure came in handy today!  HUGS

Just now I found out some fantastic news, and let me tell you what comes around goes around and that's the truth.  All I want to say now is praise God, and I must go thank the Lord for answering my prayers since 1997.  Thank you Lord up above.  I know you are busy, but You never forget us.  Praise God, and I know You are not done yet, but maybe I have to pray harder for this.  It's just for two more people, and one in particular.  Save him dear Lord.  Save him, and  make him whole once again, and the man he should be.  Save her, and let her be the little girl she should be, and learn the right things instead of the wrong right where she's at.  She has a good mother figure now, and is with the family she should've been in the first place.  Thank you Lord, and please help them when you have the time, and all involved.  Praise God. 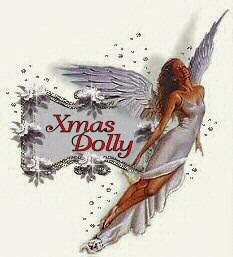 DISNEY’S “SAVING MR. BANKS” BOOK GIVES FANS
A SUPERCALIFRAGILISTIC BEHIND-THE-SCENES LOOK
AT THE MAKING OF THE TIMELESS CLASSIC “MARY POPPINS”!
Mary Poppins has been a part of my life when I was little, and then my children's lives when they were little, and now my grandchildren's lives.  The lessons it teaches, the most wonderful classic songs sang that the whole world sings now, but most of all Mr. Hanks!  God bless that man for capturing the most blessed, wonderful, unselfish person in the world Mr. Walt Disney himself.  As they say walk in my shoes?  Mr. Tom Hanks did!  He walked in Mr. Walt Disney's shoes!  He was Walt Disney on film.  You can see it in his tired eyes or when his eyes smiled those were Disney eyes, Mr. Disney's smile.  For those moments Mr. Hanks was Mr. Disney.  God bless that man.
This movie will give you chills!  It will give you joy!  It will give you tears, but most of all it will give you the happiness of reliving when Mary Poppins came to be!

My favorite part is when Emma Thompson started to dance, and when she cried seeing the movie for tears were on my face.  It was the greatest film I've seen in such a long time.  Go see this movie and put yourself into it and pay attention don't miss a single thing.  Believe me it won't be what you expected.  You will walk out of that theater smiling with tears!  ENJOY!

Posted by XmasDolly at 8:58 PM No comments: