My friend Denise posted this on Facebook so I'm sharing this yummy recipe with you too!  mmmmmmm love it!  Have a great weekend.

Vickie Bowers Fox with Darlene Jones-Brown
This recipe is INCREDIBLE!!! It would be great for Easter Sunday!
STRAWBERRY BANANA CHEESECAKE SALAD
Stir together:
1 bag of miniature marshmallows
16 oz of vanilla yogurt
1 regular size tub of cool whip
1 (3 1/2 ounce) box/pkg of no bake cheese cake filling (just add in and mix with rest of ingredients…do not actually make the mix)
Stir in
1-2 containers of sliced up strawberries
3-4 sliced up bananas
Other fruits can be substituted or added as desired.
Best served chilled and same day due to banana discoloration.

Did you know?
Stewardesses

is the longest word
typed with only the left hand.

is the longest word typed
with your right hand.
(Bet you just tried these out mentally, didn't you?)
No word in the English language rhymes with
month , orange, silver , or purple.

' Dreamt' is the only English word that ends in the letters 'mt'.
(Are you doubting this?)

are always the same size from birth,
but our nose

never stop growing.
The sentence:
'The quick brown fox jumps over the lazy dog'
uses every letter of the alphabet.
(Now, you KNOW you're going to try this out for accuracy, right?)

are the same whether they are read left to right or right to left (palindromes).
(Yep, I knew you were going to 'do' this one.)
There are only four words in the English language which end in 'dous': tremendous, horrendous, stupendous, and hazardous.
(You're not possibly still doubting any of this, are you ?)
There are two words in the English language that have all five vowels in order: 'abstemious' and 'facetious.'
(Okay, admit it, you just went through “a-e-i-o-u” in your head)

is the longest word that can be made using the letters only on one row of the keyboard.
(All you typists are going to test this out)
A cat has 32 muscles in each ear .

has a memory span of three seconds
(And, some days I think I’m right there with them.)

A shark is the only fish that can blink with both eyes.
A snail

can sleep for three years.
(I know some people that could do this too!) 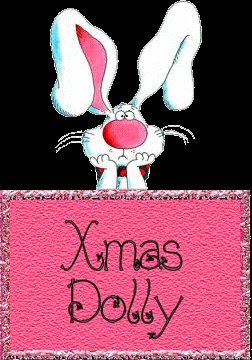 Mu friend at Royalegacy said I may share her wonderful ideas on Peppermint Oil with my readers too so you all need to go visit her and thank her too!  Check out this great recipe!  Woo Hoo 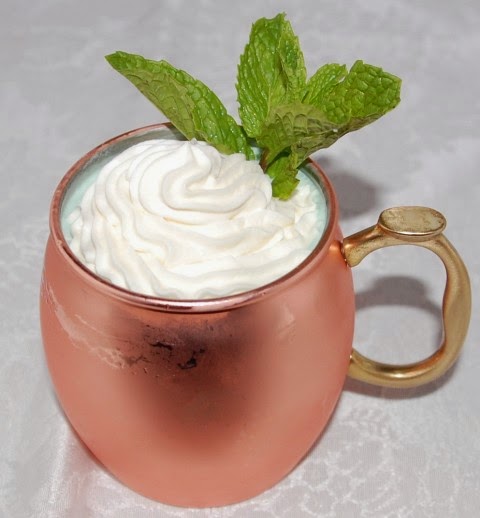 More ideas on what to do with go PURE 100% Peppermint Oil - I made a peppermint ice cream shake for St. Patrick's Day!  Just add a drop or two of goPURE Peppermint Oil to your vanilla shake, plus a few drops of green food coloring if you desire, and you have one great tasting Peppermint Shake to help celebrate St. Patrick's Day! - See more at: http://royalegacy.blogspot.com/2015/03/review-pure-peppermint-oil-from-gopure.html#sthash.5lZBOf3t.dpuf 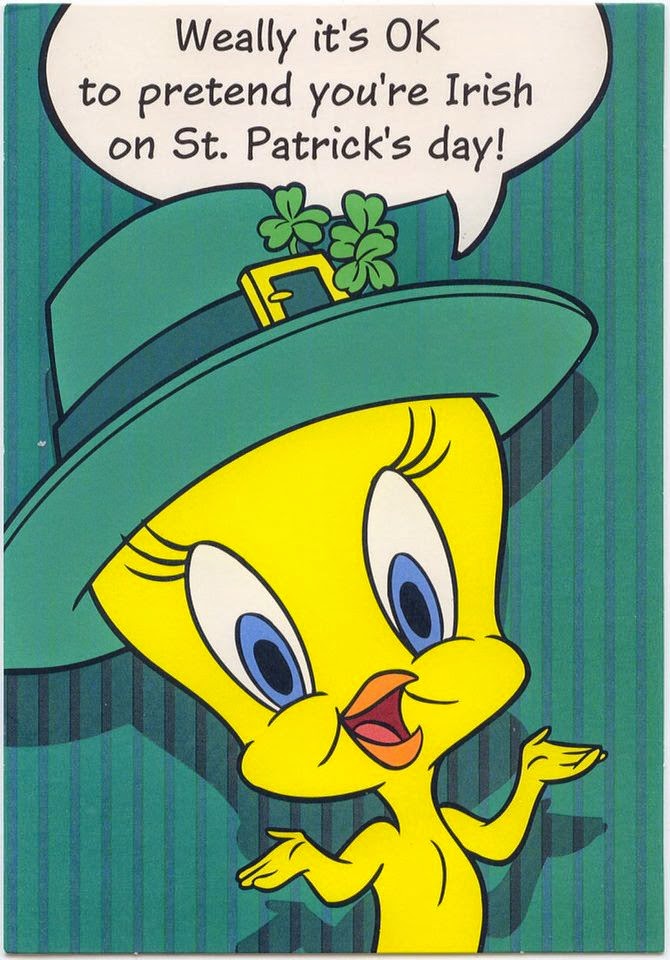 50 facts about your body maybe you didn't know & some may stun you!

The Human Body is a treasure trove of mysteries -- one that still confounds doctors and scientists about the details of its working. It's not an overstatement to say that every part of your body is a miracle.
1.    It's possible for your body to survive without a surprisingly large fraction of its internal organs.  Even if you lose your stomach, your spleen, 75% of your liver, 80% of your intestines, one kidney, one lung, and virtually every organ from your pelvic & groin area, you wouldn't be very healthy, but you would live.

2.    During your lifetime, you will produce enough saliva to fill two swimming pools. Actually, saliva is more important than you realize. If your saliva cannot dissolve something, you cannot taste it.         ewwwww
3.    The largest cell in the human body is the female egg and the smallest is the male sperm. The egg is actually the only cell in the body that is visible by the naked eye.

4.    The strongest muscle in the human body is the tongue and the hardest bone is the jawbone.

5.    Human feet have 52 bones, accounting for one quarter of all the human body's bones.

7.    The acid in your stomach is strong enough to dissolve razor blades. The reason it doesn't eat away at your stomach is that the cells of your stomach wall renew themselves so frequently that you get a new stomach lining every three to four days.

8.    The human lungs contain approximately 2,400 kilometers (1,500 mi) of airways and 300 to 500 million hollow cavities, having a total surface area of about 70 square meters, roughly  the same area as one side of a tennis court. Furthermore, if all of the capillaries that surround the lung cavities were unwound and laid end to end, they would extend for about 992 kilometers. Also, your left lung is smaller than your right lung to make room for your heart.

10. Your body gives off enough heat in 30 minutes to bring half a gallon of water to a boil.

11. Your body has enough iron in it to make a nail 3 inches long.

12. Earwax production is necessary for good ear health. It protects the delicate inner ear from bacteria, fungus, dirt and even insects. It also cleans and lubricates the ear canal.

13. Everyone has a unique smell, except for identical twins, who smell the same.

14. Your teeth start growing 6 months before you are born. This is why one out of every 2,000 newborn infants has a tooth when they are born.

16. Babies are born with 300 bones, but by adulthood the number is reduced to 206. Some of the bones, like skull bones, get fused into each other, bringing down the total number.

17. It's not possible to tickle yourself. This is because when you attempt to tickle yourself you are totally aware of the exact time and manner in which the tickling will occur, unlike when someone else tickles you.

18. Less than one third of the human race has 20-20 vision. This means that two out of three people cannot see perfectly.

21. The three things pregnant women dream most of during their first trimester are frogs, worms and potted plants. Scientists have no idea why this is so, but attribute it to the growing imbalance of hormones in the body during pregnancy.

22. The life span of a human hair is 3 to 7 years on average. Every day the average person loses 60-100 strands of hair. But don't worry, you must lose over 50% of your scalp hairs before it is apparent to anyone.

23. The human brain cell can hold 5 times as much information as an encyclopedia. Your brain uses 20% of the oxygen that enters your bloodstream, and is itself made up of 80% water. Though it interprets pain signals from the rest of the body, the brain itself cannot feel pain.

24. The tooth is the only part of the human body that can't repair itself.

25. Your eyes are always the same size from birth but your nose and ears never stop growing.

27. We are about 1 cm taller in the morning than in the evening, because during normal activities during the day, the cartilage in our knees and other areas slowly compress.

28. The brain operates on the same amount of power as 10-watt light bulb, even while you are sleeping. In fact, the brain is much more active at night than during the day.

29. Nerve impulses to and from the brain travel as fast as 170 miles per hour. Neurons continue to grow throughout human life. Information travels at different speeds within different types of neurons.

30. It is a fact that people who dream more often and more vividly, on an average have a higher Intelligence Quotient.

31. The fastest growing nail is on the middle finger.

32. Facial hair grows faster than any other hair on the body. This is true for men as well as women.

33. There are as many hairs per square inch on your body as a chimpanzee.

34. A human fetus acquires fingerprints at the age of three months.
35. By the age of 60, most people will have lost about half their taste buds.

36. About 32 million bacteria call every inch of your skin home. But don't worry, a majority of these are harmless or even helpful bacteria.
37. The colder the room you sleep in, the higher the chances are that you'll have a bad dream.

38. Human lips have a reddish color because of the great concentration of tiny capillaries just below the skin.

40. Like fingerprints, every individual has an unique tongue print that can be used for identification.

41. A human head remains conscious for about 15 to 20 seconds after it has been decapitated.

42. It takes 17 muscles to smile and 43 to frown.
43. Humans can make do longer without food than sleep. Provided there is water, the average human could survive a month to two months without food depending on their body fat and other factors. Sleep deprived people, however, start experiencing radical personality and psychological changes after only a few sleepless days. The longest recorded time anyone has ever gone without sleep is 11 days, at the end of which the experimenter was awake, but stumbled over words, hallucinated and frequently forgot what he was doing.

44. The most common blood type in the world is Type O. The rarest blood type, A-H or Bombay blood, due to the location of its discovery, has been found in less than hundred people since it was discovered.

45. Every human spent about half an hour after being conceived, as a single cell. Shortly afterward, the cells begin rapidly dividing and begin forming the components of a tiny embryo.

48. Koalas and primates are the only animals with unique fingerprints.

49. Humans are the only animals to produce emotional tears.

50. The human heart creates enough pressure to squirt blood 30 feet in the air.
There comes a time in life,when you walk away from all the drama and people who create it. You surround yourself with people who make you laugh, forget the bad, and focus on the good.
So, love the people who treat you right.           Think good thoughts for the ones who don't. 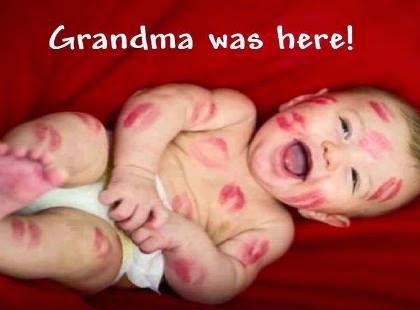 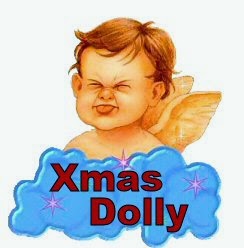 Posted by XmasDolly at 9:51 AM No comments:

Cool things to know for around the house! When you don't have it... make it!!!


I got this in my e-mail today and wanted to share.  There's some great ideas here!  ENJOY!


Hope you enjoyed these!  If you have any other cool tips leave them in a comment below or over at http://www.xmasdolly.com  THANKS and have a great weekend! 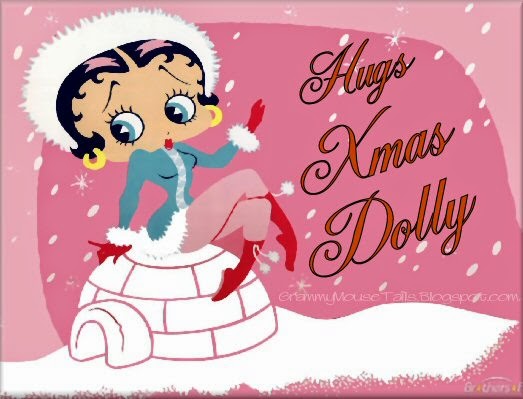