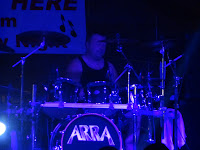 The Batavia Windmill Festival was last weekend, and I told  you I'd let you know all about it.  In front of our Batavia Police Department, and our City Hall there's a nice little music dome where the bands play, and they hold other things there too.  Behind it is a play ground.  Also, North of the police station there's a nice place for the older pals with assisted living.  West of the Station is Fox River and we also have a historic train depot.  The band that was playing that night was called, "Arra", and they were really quite good.  Here's a video I took that night. 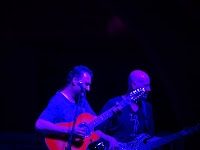 Arra: Simply stated, Arra has been one of the best and largest drawing classic rock cover bands in the Chicagoland area for the past 2 decades. Performing the biggest hits by the biggest bands of all times with precision and excellence is the secret to their success.

Their unparalleled vocal harmonies and incredible musicianship is also what has brought them to being one of the most sought after club and festival bands in the Chicago area markets. Arra has performed with some of the biggest bands and performers of all time. Kansas, 38 Special, Survivor, Rare Earth, The Ides of March, Steppenwolf, Paul Rodgers from Bad Company and Dennis DeYoung from Styx are just a few of the National acts that Arra has shared the stage with throughout the years.
Arra has also performed at many of the areas largest summer festival events. Lombard , Lagrange Park, Downers Grove , Naperville Rib/Last Fling, Westchester , St Charles, South Elgin, Aurora, Bolingbrook , Chicago Ridge, Itasca , Streamwood , Crestwood and Cary are just some of the area festivals that Arra has made successful appearances at throughout the years. Arra was recently voted best classic rock band (3) years in a row in a major local music publication.
(Taken from:  http://windmillcityfest.com/music.htm) 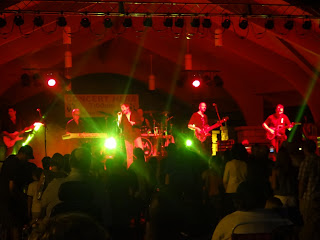 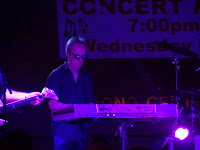 BATAVIA, IL - Windmill City Festival has long been a staple of the community and has become a tradition for many local families. The festival features countless activities over the course of two and a half days. Whether you visit the carnival, compete in a 5k, participate in the pet parade or dive in to an ice cream eating contest, every member of the family is sure to find a new favorite activity! This year's festival will be held Friday, July 8 through Sunday, July 10 at the Riverwalk in downtown Batavia. Admission was free.  We had the greatest time, and  naturally there was a beer tent, and they had wine coolers too!  This was one of the downtown area, and Batavia's biggest event of the summer! The Windmill City Festival committee includes representatives from the Batavia Park District, Batavia Chamber of Commerce and the City of Batavia. 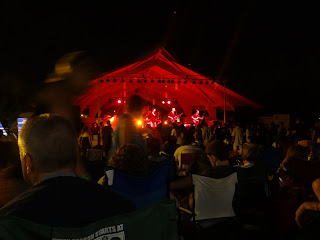 SOOOOOOOOOOOOO Whenever the hubby says wanna go check it out LOOK OUT cuz I'm a movin'!  Woo Hoo! That was one terrific date night for me! LET'S BOOGIE!

Posted by XmasDolly at 2:37 PM

Hey..I'm in a neighboring state! I could have joined you!!!

Sounds like a cool concert! Thanks for choosing me for the MMMM Spotlight. That's awesome. I'll be sure to grab my button and post tonight.

That looks like a ton o' fun! Love the sticker at the end. I may have to swipe that. ta-hee!
~Naila Moon