BRAVE (In Disney Digital 3D™)
Disney•Pixar
Website & Mobile site: Disney.com/Brave
Like us on Facebook: facebook.com/PixarBrave
Follow us on Twitter: twitter.com/disneypixar
OR
Marvel’s The Avengers is expected to cross the $600 million domestic box office threshold today, becoming one of only three films in history ever to reach this milestone. The Super Hero film’s global total is now an estimated $1,438.3 million, and it stands as the #3 film of all time globally and domestically. 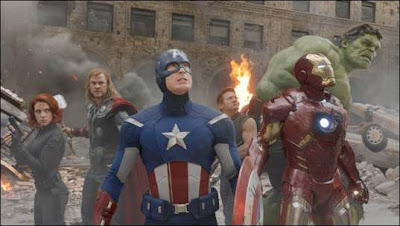 Posted by XmasDolly at 4:45 PM

Email ThisBlogThis!Share to TwitterShare to FacebookShare to Pinterest
Labels: Brave. The Avengers

I saw The Avengers and loved it. It was so funny!

My boyfriend has been bugging me NONSTOP about going to see the Avengers. LOL

I finally gave in so we're going to see that when I feel better.

I LOVED Brave! If you have a chance to see it, definitely take it :)

i totally want to see The Brave looks so cute