***The Fifth Estate refers to citizen journalism. “Fifth Estate” is used to describe media outlets (including the blogosphere) that see themselves in opposition to mainstream media (the official press), any class or group in society other than the clergy (First Estate), the nobility (Second Estate), the commoners (Third Estate) and the press (Fourth Estate). It has been used to describe civil society, the poor or the proletariat.***


My personal opinion by what I've seen so far this movie has perfect timing, and I'll just leave it at that!  I could be wrong though because I have not seen the entire movie, but thus far it's my opinion.  Take it for what it's worth.  Should be interesting.  I'll be sitting right smack in the middle of the theater for this one.  I want to see everything.  I like to see the entire movie.  Sometimes it's the little things you miss that are important, and I don't thing anything should be missed.

THE FIFTH ESTATE opens in theatres everywhere on October 18th! 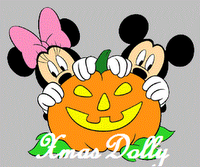